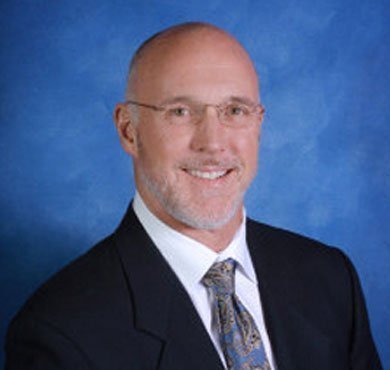 Born and raised primarily in South Carolina to a Marine Corp family, Dr. Spann went off to high school in Jacksonville, Florida to pursue his goal of making the Olympic Swimming Team. From there, he started college on a scholarship at Auburn University. While there, Dr. Spann was named SEC Swimmer of the Year twice, was the Auburn Athlete of the Year, won three individual NCAA titles, and won swimming’s Kiputh Award as the Most Valuable National Swimmer.

After his sophomore year he transferred to the University of Texas following his coach, Eddie Reese, in 1978. After the mandatory red shirt year, Dr. Spann led UT to its first finish in the top 10 in modern times with a 2nd place in NCAA team standings, and as captain his senior year led UT to its first National Championship. He also captured four NCAA titles while at UT in both individual and relay events.

After college graduation, he married his college sweetheart, Beth, started their family in the ensuing years, and has three wonderful children: Austin, Alexi and Scott Jr. All have attended UT also on swimming scholarships. Alexi and Scott Jr. were also Pan American medalists, making them the only father, daughter, son combination in history to do so.

From UT, he went to medical school at the University of South Carolina, where he was selected as president of the State Student Section of the American Medical Association. Partnership and Orthopaedic Residency ensued at Ochsner Foundation in New Orleans. Concomitantly, he enlisted with the US Army Medical Corps and eventually retired with honorable discharge as a Major. Upon completion of residency, a fellowship in spine surgery was performed while in Atlanta.

Knoxville, Tennessee was the first private practice for Dr. Spann, and by his third year he was elected Chairman of Orthopaedics of the largest hospital system in east Tennessee. He was then recruited by the world renowned Frank Noyes in Cincinnati to start the Spine Care Institute. Here he participated in some of the FDA trials to bring new spinal products to market upon which a great deal of all subsequent technology has been built.

After two years, Dr. Spann and his family decided to move back to Texas. He has been back here since 1997, is the founder of Westlake Orthopaedics and one of the initial founders of Westlake Hospital.

Significantly, Dr. Spann has continued to attempt excellence in all his endeavors both personally and professionally. He is frequently a part of the many pioneering fronts in his field of spine surgery.

Dr. Spann sustained a major spinal cord injury in 2005 due to a biking accident. Initially a quadriplegic, through excellent surgery, rehabilitation, caring from others and most importantly God’s grace, he has been able to resume his meaningful goal of trying to improve others’ lives using not only his knowledge of the field, but also his own personal experience as a patient in need.

Hobbies include tending to his garden, cycling, swimming, yard work and cheering on his children, as well as an avid interest in hunting and scuba diving.

How was your experience with Dr. Dr. Scott Spann