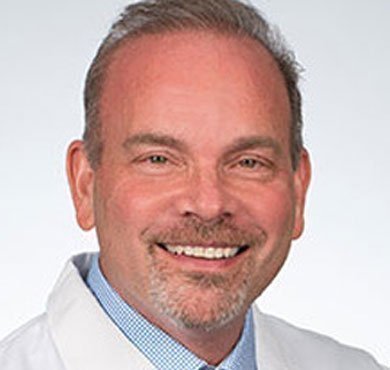 He has served on the Medical Board and as President of the Medical Staff at Hackensack University Medical Center. He has been an early advocate of new technologies. He was the first, or among the first, to locally introduce the use of frameless cranial and spinal navigation systems, endoscopic cranial and spinal techniques and other minimally invasive surgical procedures to the brain and spine.

While developing the North Jersey Brain andSpineCenterinto its current sub-specialized team, his practice now focuses on patients with spinal conditions, and he strongly advocates conservative care. When surgery is appropriate, he uses state-of-the-art techniques in the operating room to improve outcomes, including a minimal access surgical procedure for fusion, which often reduces postoperative pain. He actively educates associates and other spinal surgeons in these more novel approaches.

He is Co-Director of Spine Surgery atHackensackUniversityMedicalCenter, Co-Director of theNeurosciencesCenterdevelopment committee at The Valley Hospital, and Chief of Neurosurgery atHolyNameHospital. He previously served as Vice Chairman of the Neurosurgery Department atHackensackUniversityMedicalCenter. He is active in the New Jersey Spine Society, New Jersey Neurosurgical Society and the Society of lateral access surgeons (SOLAS).

Dr. Vingan actively engages patients and their families in the discussion of their medical problems and options for treatment. This compassionate, educational focus has been recognized by his receipt of the Castle-Connolly Top Doctors awards since 2001,America’s Top Surgeons awards, Patient’s Choice Awards for Compassionate Doctor, and most recently the Arnold P. Gold DOC Award for compassionate and humanitarian care. New York Magazine, New Jersey Monthly and Inside New Jersey have all recognized him in their Best Doctors issues.

How was your experience with Dr. Dr. Roy Vingan